This interactive installation emerged from a body of digital work, which explored the merging of woman’s bodies (lifted from lesbian and heterosexual pornographic sources), with images of tools and machinery. ‘Negative Vibes‘ (1992), features the images of three women’s faces, which were scanned and reworked on the computer, then blown-up and chemically transferred onto the surfaces of three 1/8″ thick steel plates.

The women’s images were ground into the steel (appearing as photographic negatives) and suspended by steel chain. When a viewer approaches, a motion sensor detects their presence and activates an eccentric motor mounted behind each steel plate, which vibrates the plate (subtly or violently).

As a companion to the steel plates, three embroideries resembling vulva’s, which have been stitched onto copper screen (from memory), are mounted on a facing wall. 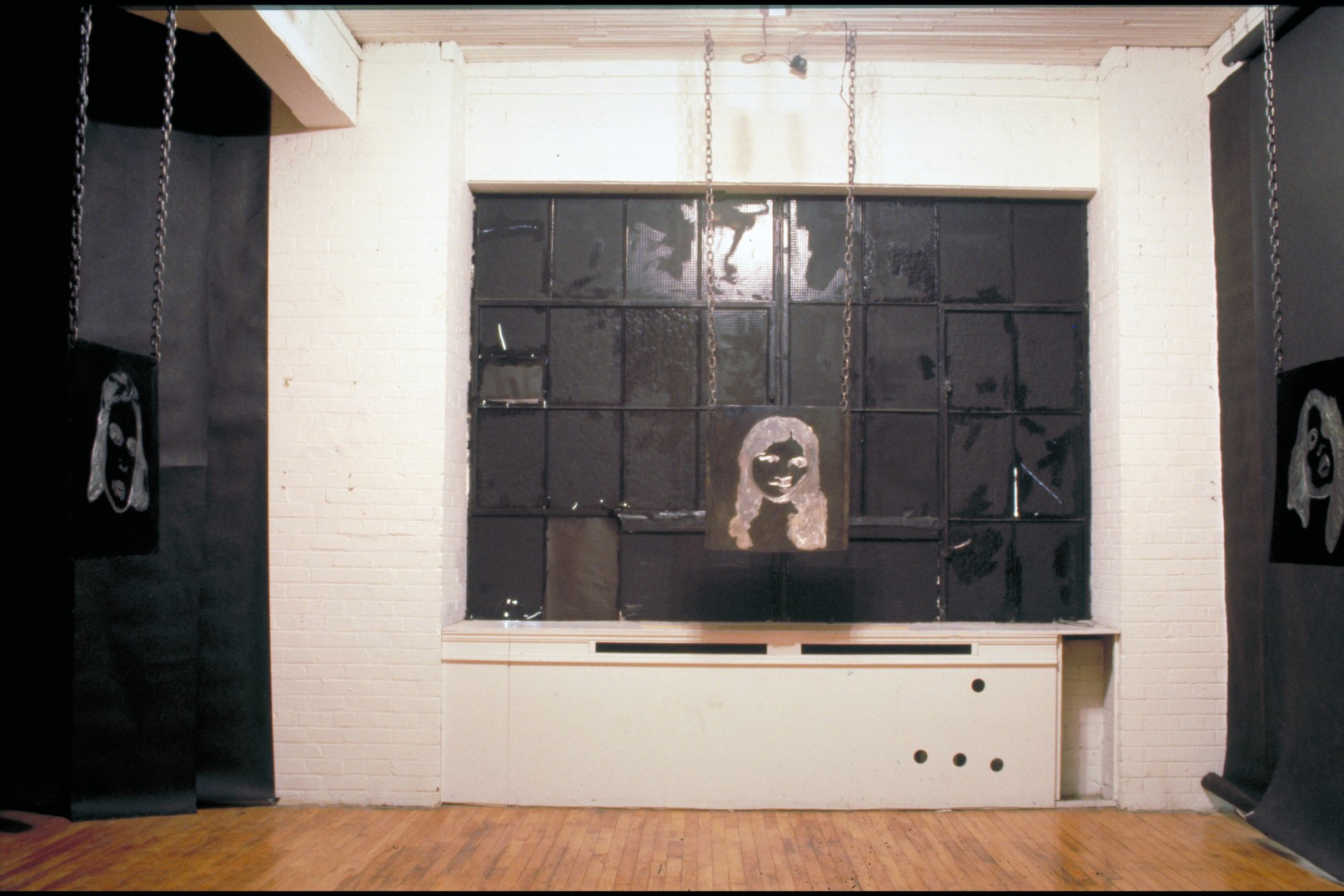 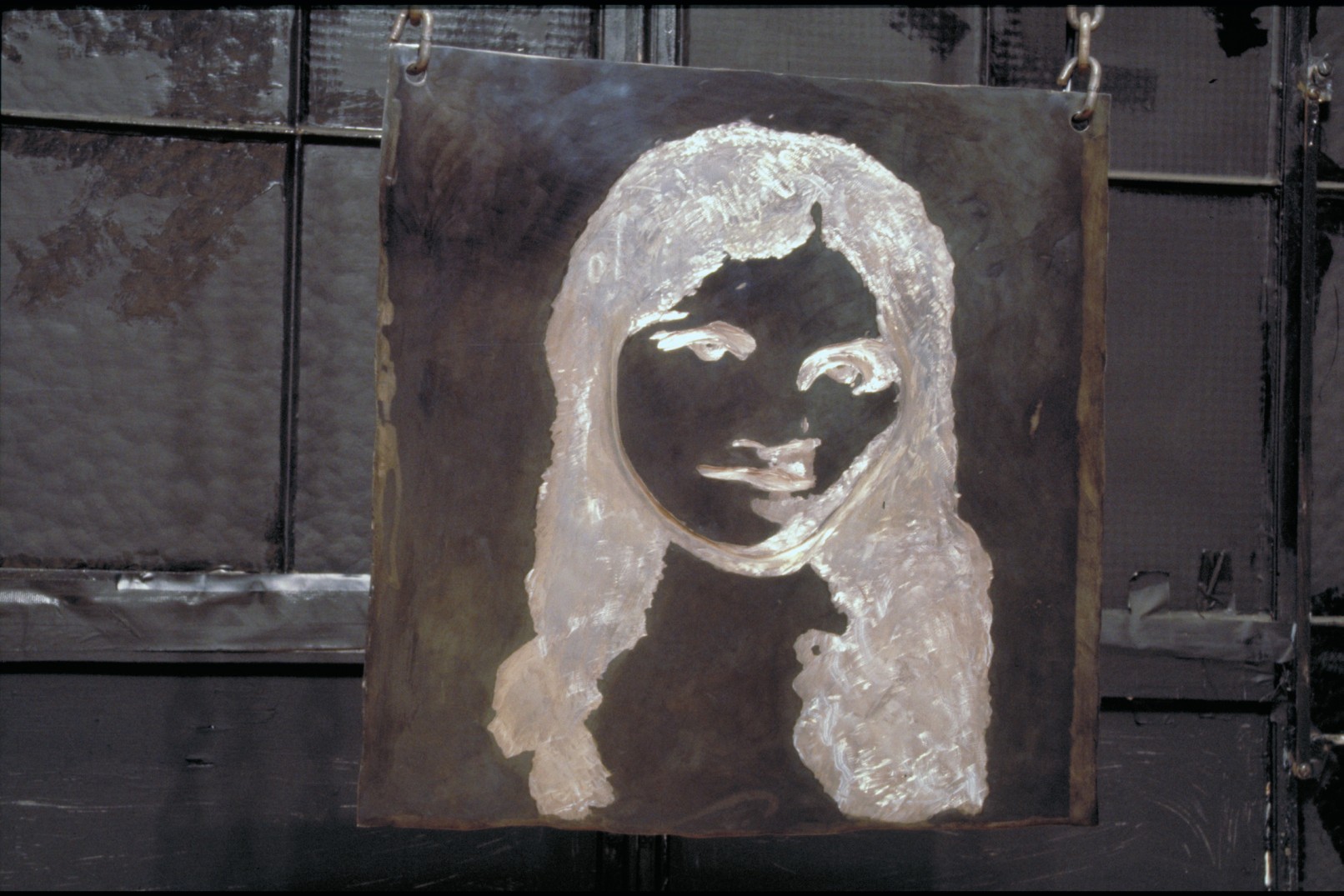