A three-foot wide, false wall of concrete board stands floor to ceiling in the gallery. Mounted vertically on the board are four lengths of high-heat toaster wire, arranged together to form a three foot round pattern of a Celtic knot.

On the gallery floor, beneath the knot, sits a three-foot round composting bin. Buried in the soil are many ‘Red Wriggler’ composting worms, decayed organic matter (vegetable scraps, eggshells and coffee grounds) from my kitchen and four sensors.

Under the soil, the composting worms form a ‘ball’ or knot as they gather around decaying vegetable matter. The worm’s ingest the rot and excrete nutrient rich compost. Lying in this underground space, breaking down organic matter into compost, the worms exist in the space between the death and the new cycle of creation.

The worm’s activities are recorded by sensors buried in four areas of the compost bin. Their minute signals are amplified and sent to a circuit that modulates the electrical current to each of the four strands of heating wire that make up the Celtic knot.

The heating coil glows red hot when it is activated, the glow fades there is no worm activity. Worms will not come to the surface in daylight, so the brighter the exterior light, the deeper the worms will burrow down into the soil.

Both geometrically complex and aesthetically pleasing, the Celtic knot has been used for centuries in magic and decoration. A symbol that bridges both the spiritual and physical worlds, the knot has been described as a labyrinth or as a piece of yarn guiding safe passage to the underworld. 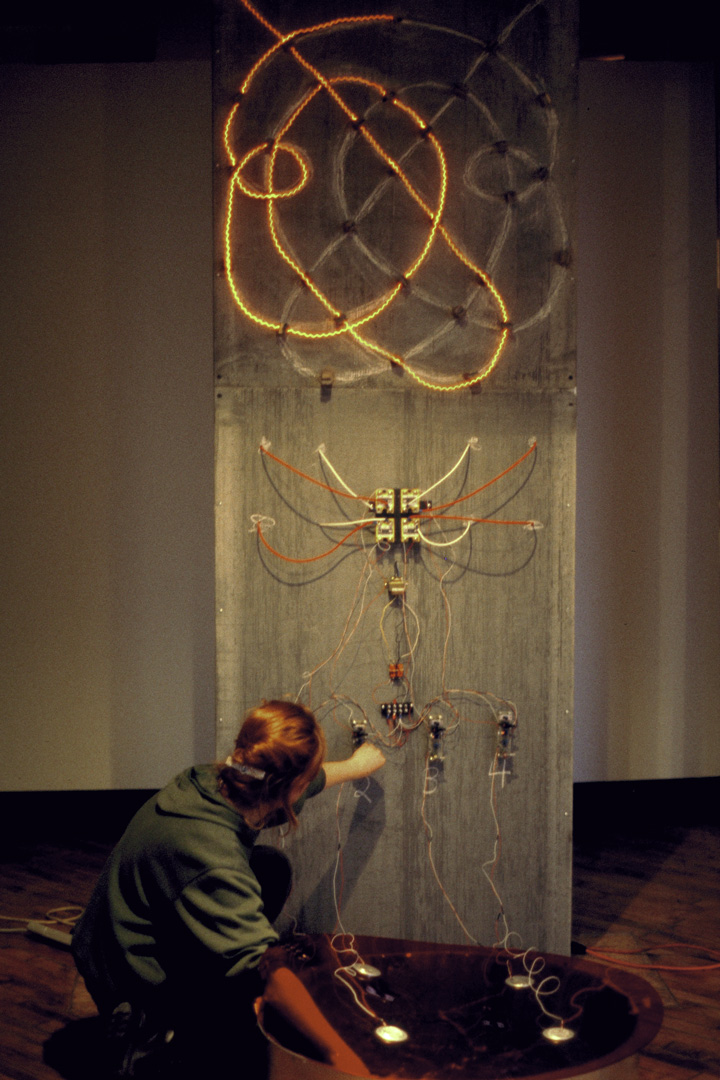 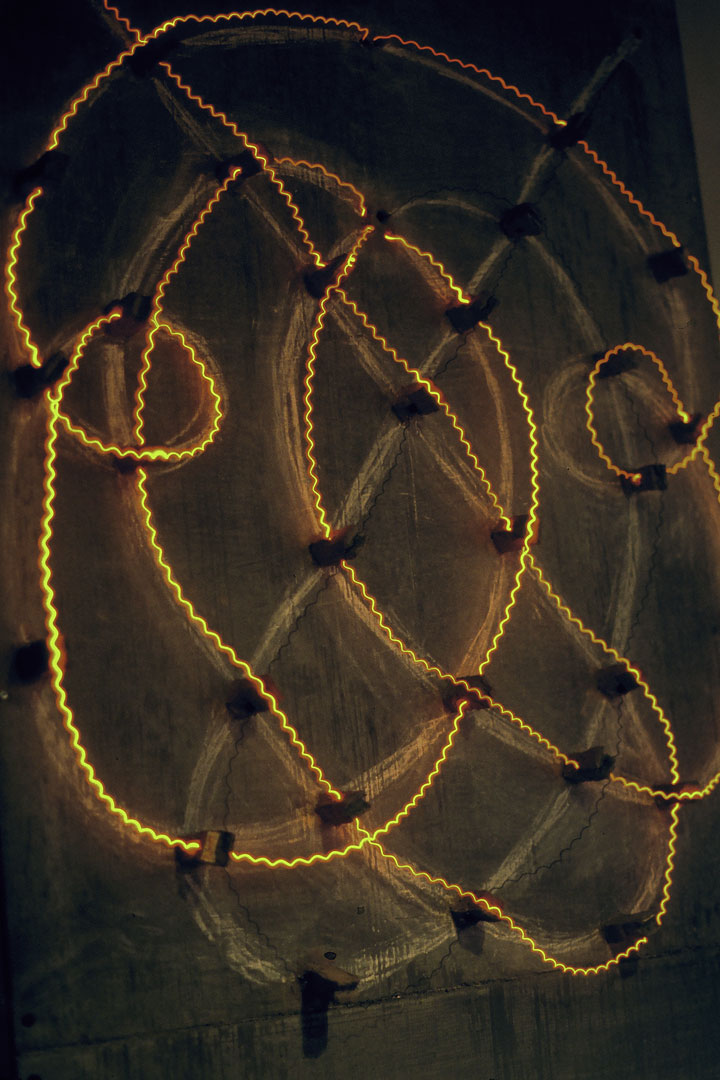 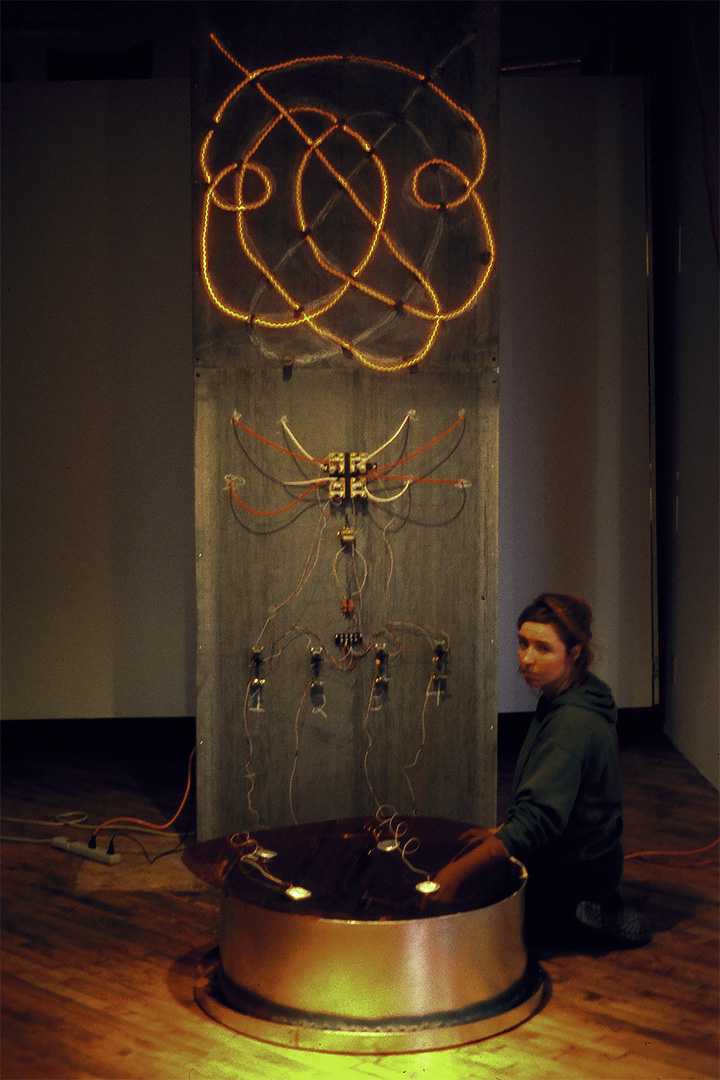 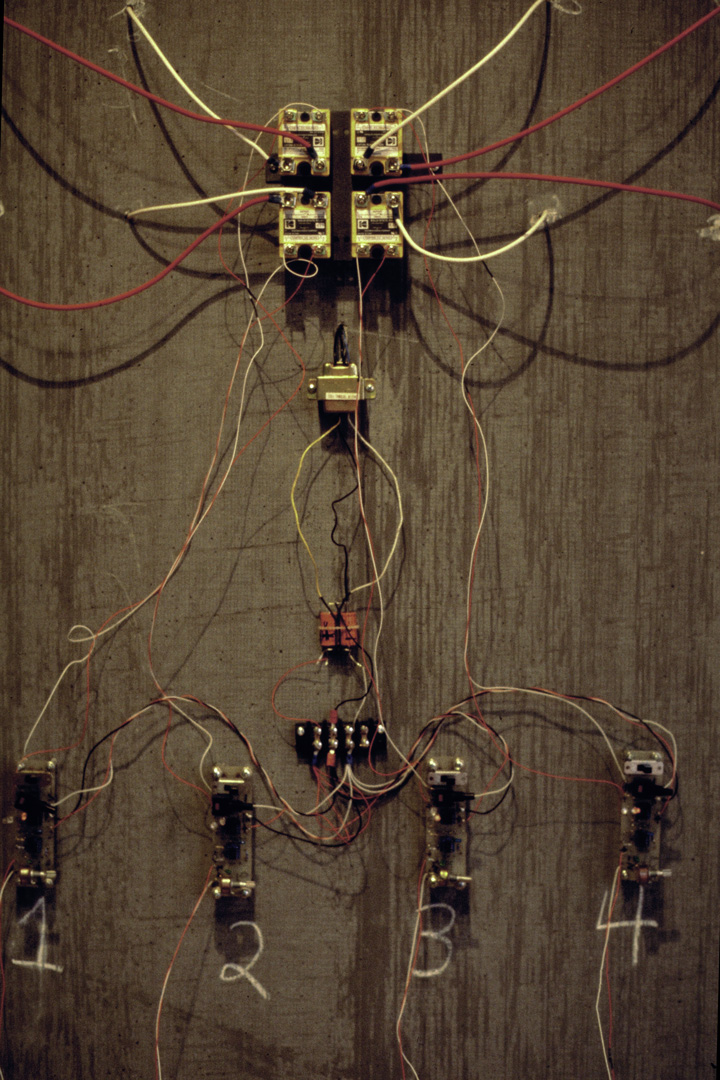 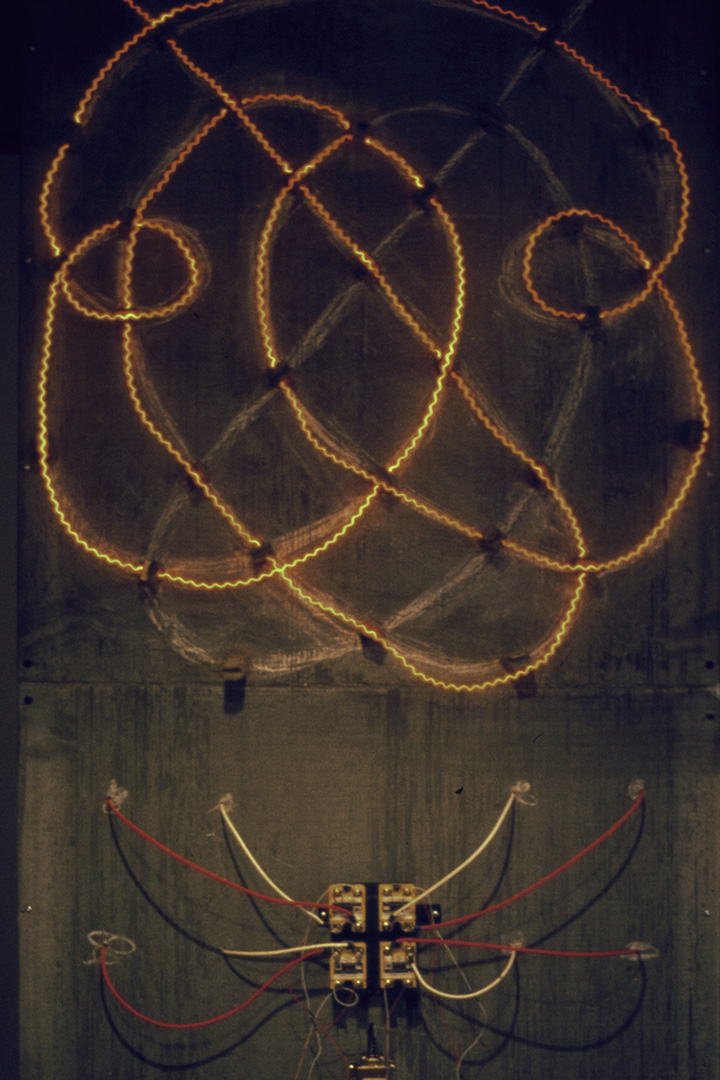